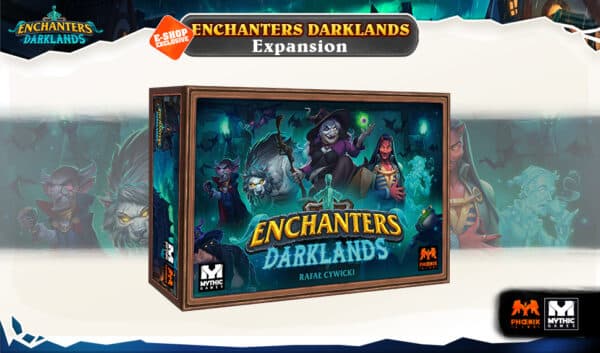 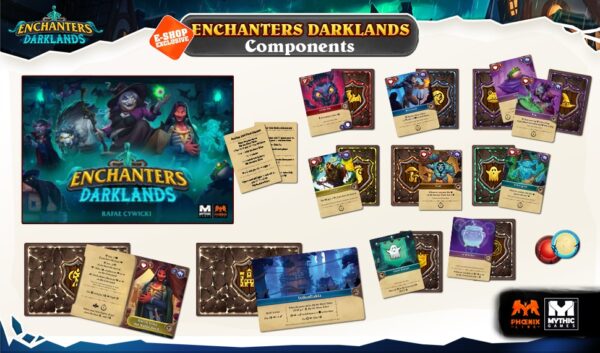 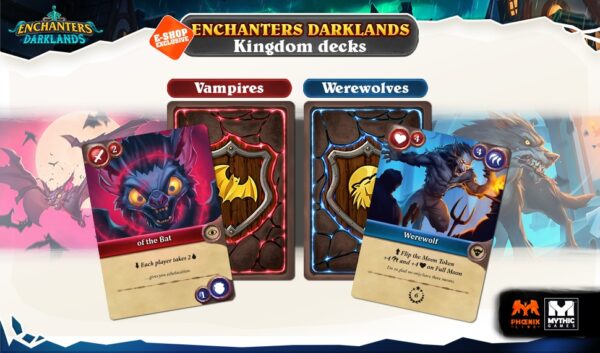 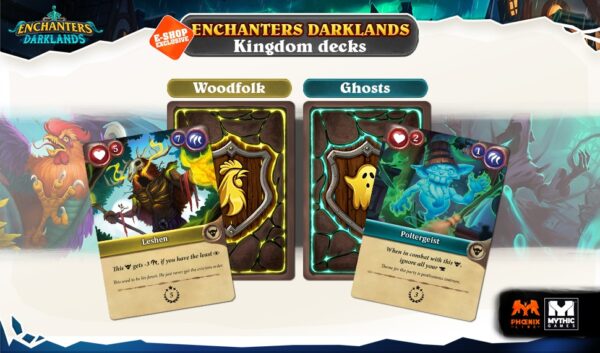 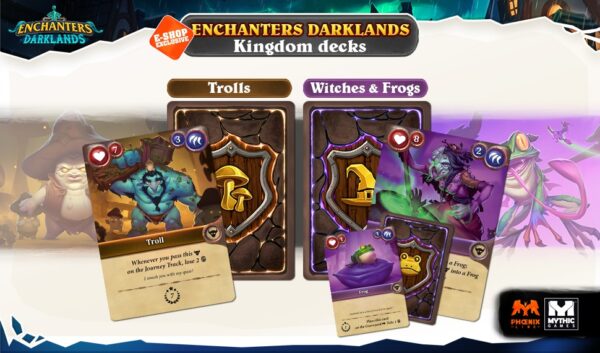 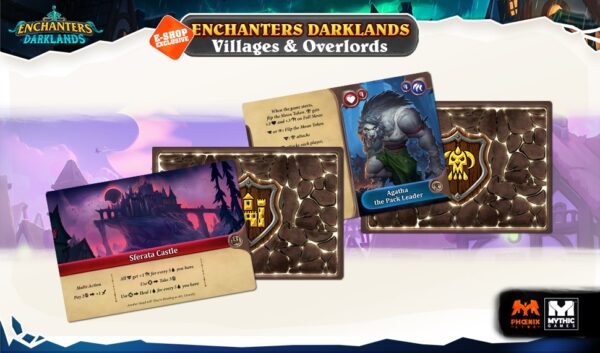 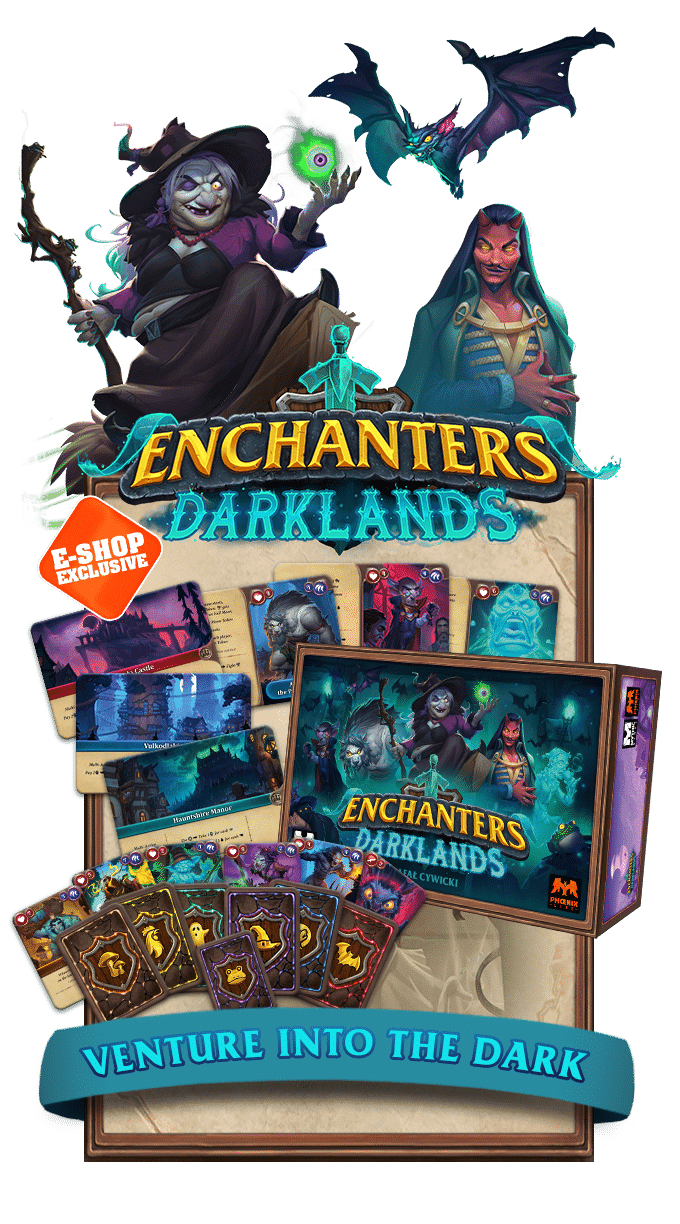 All worlds contain some blemishes, sites of evil and darkenss.. Kingdoms you shouldn’t travel to and would rather forget about if you returned alive. Enchanters: Darklands takes you deep into these lands. Lands full of terror and forbidden magic, inhabited by ghosts, vampires, werewolves, trolls, and other monsters of folklore. Will you enter the Darklands? Or are you too scared? Muahahaha!

The Decks introduce new mechanics that open up new strategies. Let’s get to know who you can add to your ranks:

You have been warned. Journey into Darklands at your own risk!

A retail version of this expansion is planned, but not in this configuration! As you can see from our previous retail expansions, we bundle up our Kingdom Decks in pairs.

The Retail version of Darklands will be split up in 3 smaller Kingdom Deck expansions, each containing two Kingdom Decks, and all the remaining content (banners/ classes, Quests, Co-op cards) will be split between three bigger expansions. Save over $60 and months of anticipation by grabbing this e-shop exclusive version NOW ! 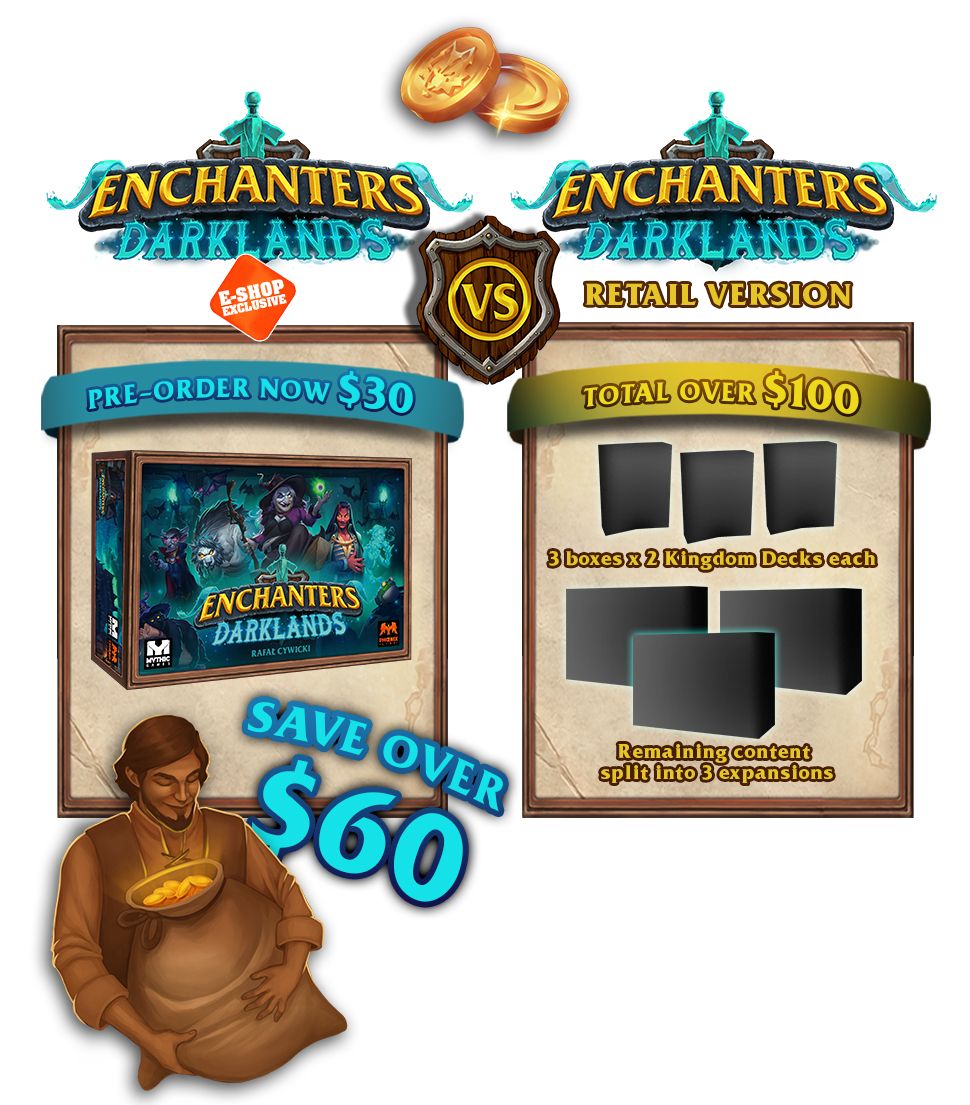