The Secrets of Kane – Part 3 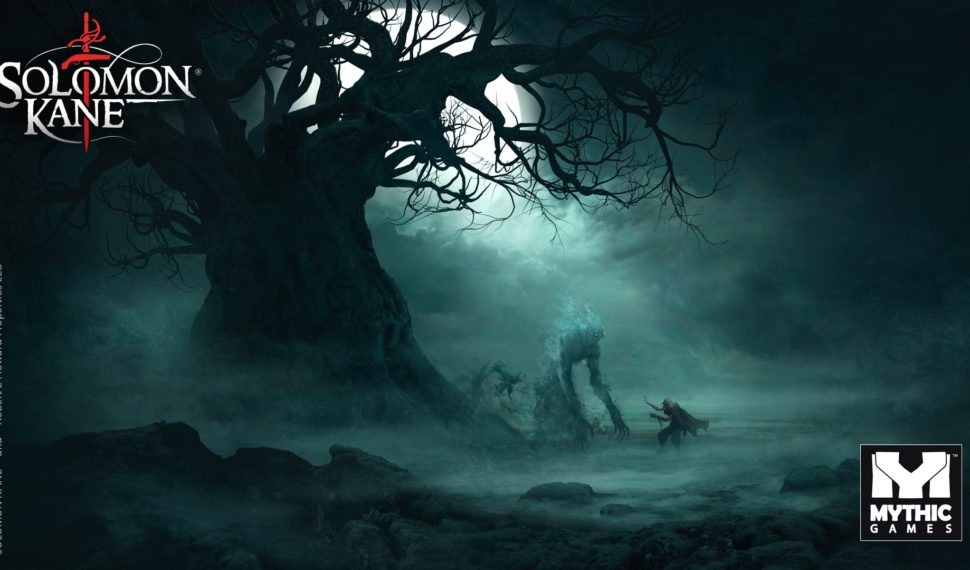 Here’s already the third part of our series of interviews. This time, we asked Leonidas Vesperini and Benoît Vogt, the two leaders of Mythic Games, to tell us about the genesis of the project and its ambitions.
LÉONIDAS
What can you tell us about the genesis of this project?
The idea for adapting Solomon Kane to a board game with miniatures was born shortly after my experience with the Conan game that was published by Monolith Edition. I had worked with Patrice Louinet who told me about Solomon Kane. All I knew of Solomon Kane before then was the movie, but I was very taken by the world and the character I found in the stories. I told Benoit about it and he immediately agreed that the Solomon

Kane stories would be perfect for a game. The character conjured an image of a kind of gothic, 16th century Judge Dredd for us.
At that time we had just formed Mythic Games and we strongly considered doing Solomon Kane as our very first game. I got in touch with Jake Thornton, who I knew from my time at Ravage and whose games I had always admired. He suggested an innovative idea that would make for a game that truly adapted the stories, rather than just a game set in the world of Solomon Kane. Jake began working on the game mechanics, but we didn’t yet have the rights. Later, after the success we enjoyed with Mythic Battles: Pantheon and Time of Legends: Joan of Arc, we found ourselves in a far better position to negotiate the licence, and Jake returned to working on the game. Things have come full circle and we’re now back to our original idea. We are very proud of the result. We have a great game, one that has a story and that tells a story!
Both of your previous games have been predominantly competitive, but Solomon Kane is the first time you have tacked a co-operative game. Why did you decide to do a co-operative game?
We want to tackle different types of games and themes, and to offer our own vision of them. Each new game that we do must be sufficiently different in its universe and game-play to not compete with the previous ones. The people who enjoy our products will quickly learn that each of our games has a very different appeal. You can then vary the way you play according to your mood, how much time you have, and the people you want to play with. As you say, even though it’s a popular genre, we have never done a co-operative game. Before we tackled one for the first time we wanted to be able to offer something that was original and different from what had been done previously, and we think we’ve achieved that.

I will know the truth about you

Unlike your two previous games, there is a short time between the announcement of the project and its launch on Kickstarter. How will you ensure that the players will understand the concept?
With Mythic Battles: Pantheon and Time of Legends: Joan of Arc we were able to use public demonstrations of the game to build interest, and we’ve since invested significant resources in expanding our Ambassador program for Solomon Kane. We now have around thirty Ambassadors spread across France, Belgium, the United Kingdom, and the Netherlands, who all have access to deluxe demonstration kits of the game. We have launched what we call ‘Kane’s Crusade’, which is a European tour of Solomon Kane demos in gaming stores, conventions, and taverns. The tour has already begun, and we have more than 60 scheduled dates between now and the end of June, with even more to be added. So even though there is less time between the announcement and the launch of the Kickstarter, there are still lots of chances to try the game out. You can consult the event section on our Facebook page to see if there’s a demonstration available near where you live.
Can you tell us what the “all-in” will be for the game? What about the duration of the campaign?
The good news for our backer’s bank accounts is that Solomon Kane will not have as large and extensive range as that of Time of Legends: Joan of Arc. Whilst you’ll need to wait and see what the “all-in” will cost, I can tell you it will be less than its predecessors. The duration of the Kickstarter will also be a little shorter than our previous campaigns. Rather than an entire month, this one will run for 24 days and finish on Friday, 6 July.

The hut of old Ezra the miser

BENOÎT
Solomon Kane is your first licensed game. What is the main interest for a publisher of a licensed game as opposed to an original creation?
A licensed game can offer many advantages. You can attract new players in the form of fans of the license who may not otherwise find out about the company. A license offers characters and a setting which is already well established, and which can be drawn upon during the process of designing the game. Above all, when an IP is licensed for a game then it is usually because it has something which sets it apart, which appeals to people and makes it stand out from the crowd.
This is certainly the case with Solomon Kane, who is an iconic character that inspired the witch hunter archetype found in the likes of Warhammer Fantasy and Van Helsing. Despite this, the character has never had its own major board game. Acquiring this licence has allowed us to go to the source of the archetypal lonesome and fanatical crusader, a borderline character who dispenses justice. This is a board game that allows us to stand out due to its visual atmosphere and its game play, focussed on a compelling and interesting character.
It is also an opportunity to attract the community of Robert E. Howard fans, and to generate interest among people who haven’t read the short stories. To ensure our game is faithful to the source material we have worked with Patrice Louinet, who is a noted expert on Howard and who also participated in the creation of Monolith’s Conan.
Your team has significantly grown. Does it mean that the “Mythic Games” spirit is going to change? Will you expand your activities in France or abroad?
Our team has indeed grown since the Time of Legends: Joan of Arc Kickstarter. We have recently opened an office in the UK and one of our future steps will be an expansion into the United States. But we have not altered our spirit. We still value team work, collaboration, and fostering initiative.

Do you think you will stay a company that is focused on Kickstarter, or do you intend to offer your games in retail?
Kickstarter is at the heart of our growth, but that is not to say that we don’t wish to also offer games in retail. Crowdfunding and retail are markets which work differently, and we hope eventually to reach both audiences.
You are also known as a game designer, most notably for Mythic Games’ first game, Mythic Battles: Pantheon, which is now owned by Monolith Edition. Do you have any plans to design any more games?
That is indeed the plan… You will just have to be patient until the project is ready