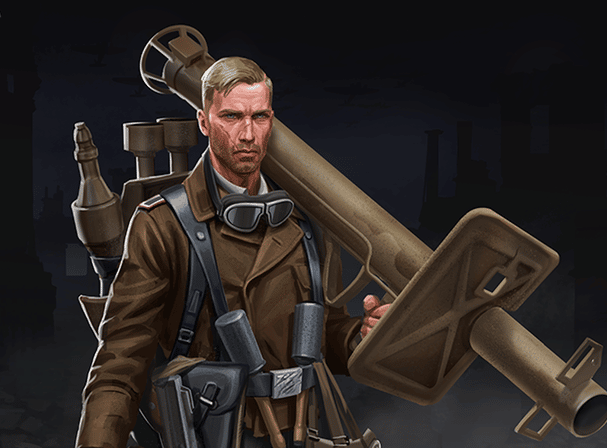 It seems a bit unfair: the Nazis have huge armored walking machines, and the Reichbusters don’t. Still, it wouldn’t make sense for the Allies to field the same thing (they would be rubbish at sneaking up on guards). However, to even the playing field a bit, the Reichbusters have found a new Hero to bring along.

Hans is a very disaffected German who has taken his opposition to the Nazis to the battlefield. He’s also brought his years of experience building their armored vehicles and deep knowledge of their design weaknesses. Oh, and a Panzerschreck.

Against most targets, a Panzerschreck is not the optimal weapon, though it can make a pretty big hole regardless. However, when you have a nicely armored foe it is just the ticket.

So when the Nazis roll out the vrilpanzers, or the formidable Projekt X hoves into view, it’s very comforting to have Hans nearby.

USERS WHO READ THIS NEWS POST ALSO VIEWED THESE PRODUCTS