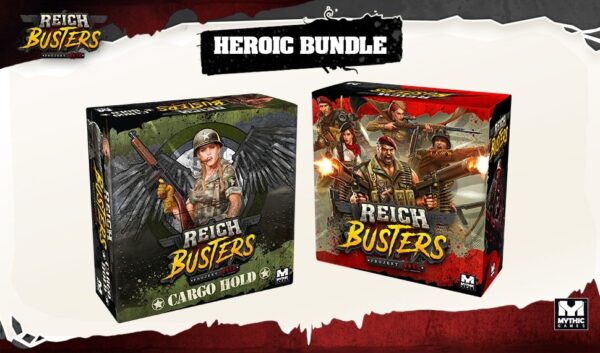 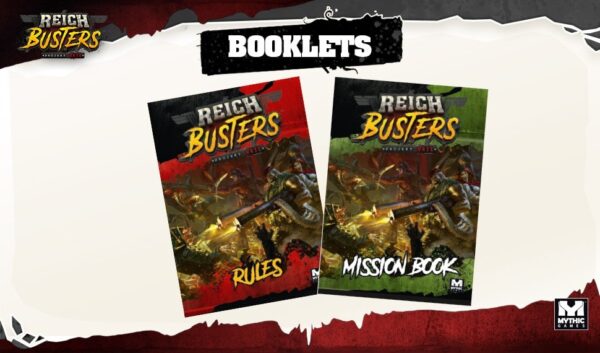 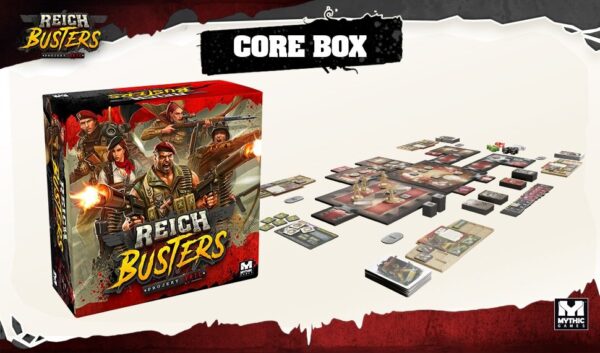 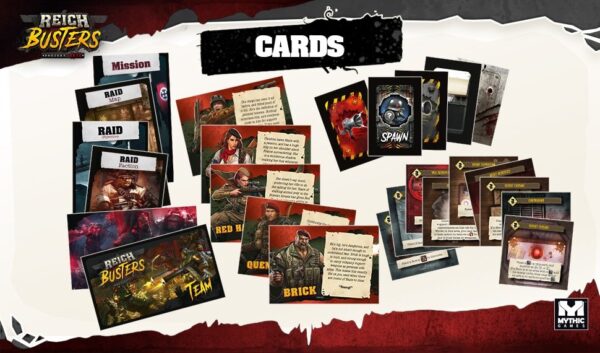 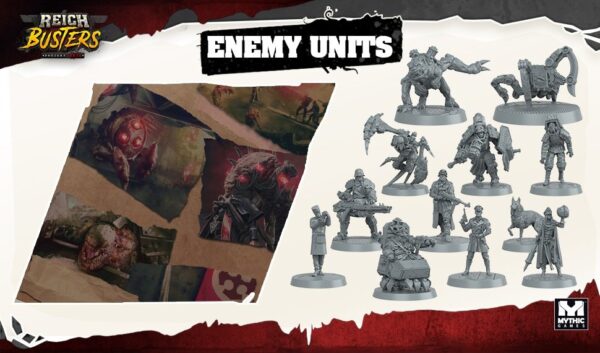 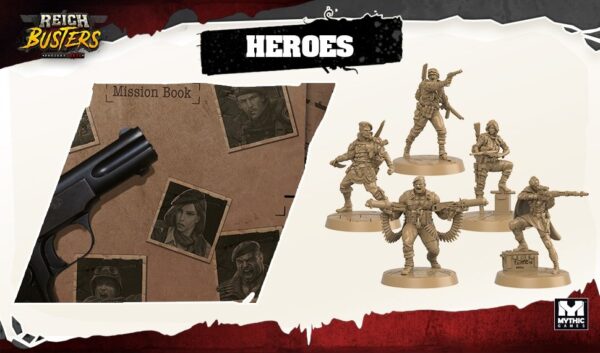 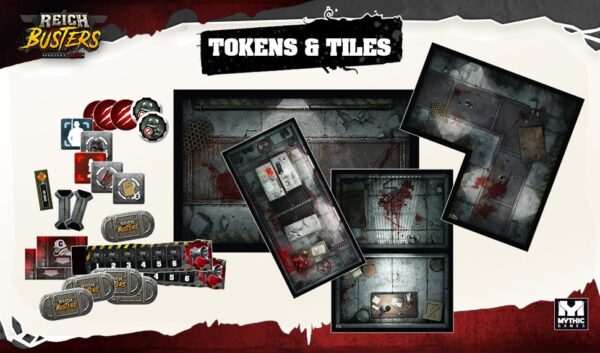 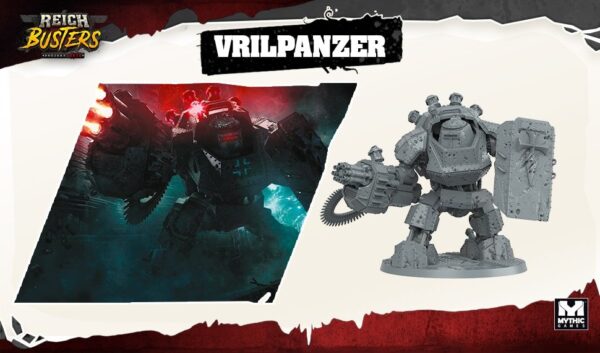 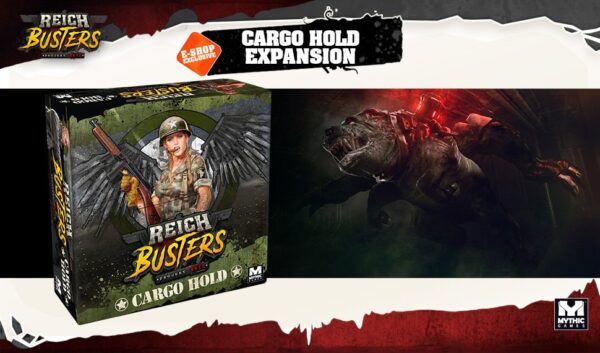 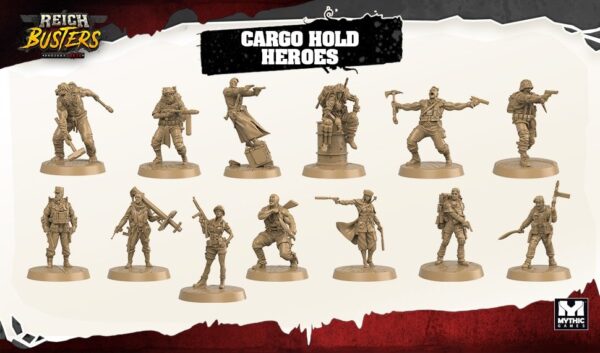 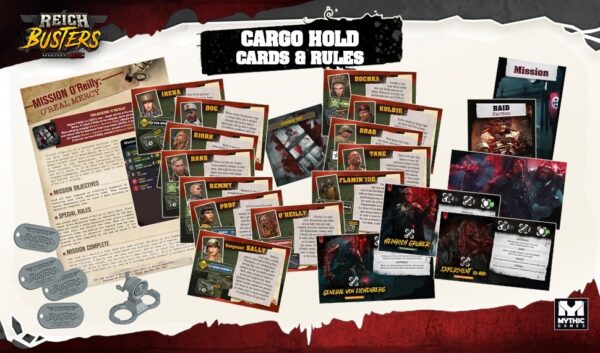 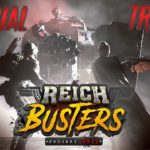 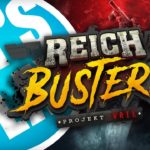 This is the KS version of Reichbusters: Projekt Vril! This product is not available in retail and you can find it exclusively on our e-shop.

In this dungeon crawling game, players act as Allied heroes against the nefarious Vrilmeisters and their abominations. Team up and defeat them before it’s too late! Each game starts with the heroes being stealthy. However, the alarm is bound to ring at some point and nazi soldiers and monsters are going to swarm the place. On your turn, perform two basic actions and play any number of hero cards from your hand for a devastating assault. Then the bad guys take their turn… and if you are not quite enough, you will quickly get swarmed.

Reichbusters can be played in a scripted campaign or in Raids, which randomize a faction, an objective, and a map layout for endless fun!

Reichbusters: Projekt Vril is a fast and furious game with lots of weird science, witty one-liners, and heroic moments set during World War II. It is late December 1944 and, on the face of it, history has unfolded as we know it, but that could be about to change.

The Nazis have discovered a source of “vril” that has been brought back to the Reich for study. Vril is a source of energy that can control all types of matter. It can destroy like lightning or replenish life, heal, or cure. It is used to rend through solid matter. Its light is said to be steadier, softer and healthier than that from any flammable material. It can also be used as a power source for animating mechanisms.

If the Nazis work out how to harness this power it will be more potent than the atomic bomb. The secret Nazi experiments are not just a threat to the outcome of the war, but to the entire world. Many different secret bunkers hold all manner of research into the properties of the enigmatic vril and we’re sending you, the Reichbusters, on a mission to stop this research in its tracks! 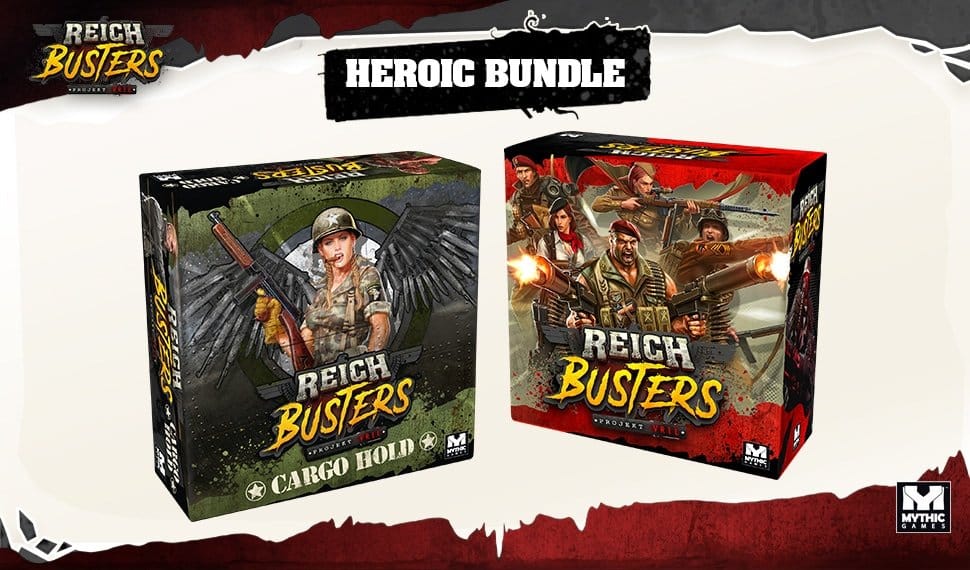 Form a team of unlikely heroes and raid Castle Wewelsburg to turn the tide of war.