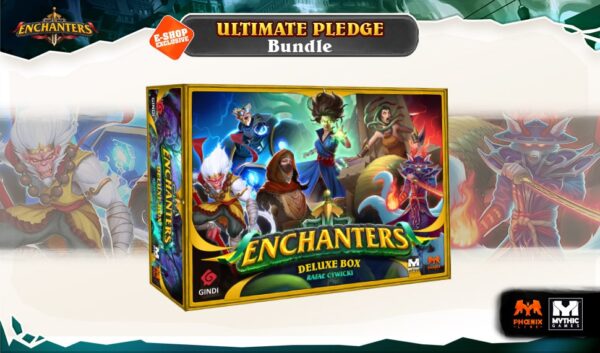 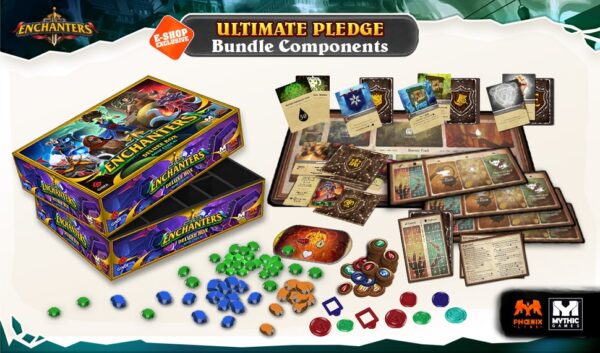 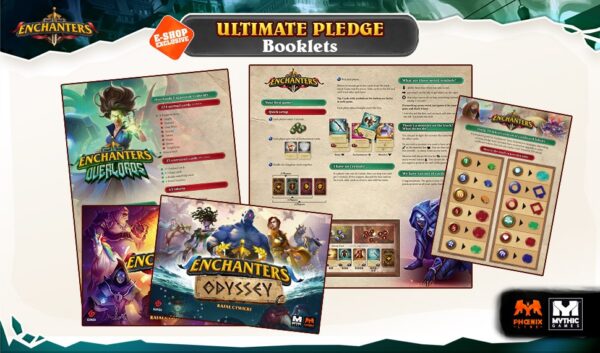 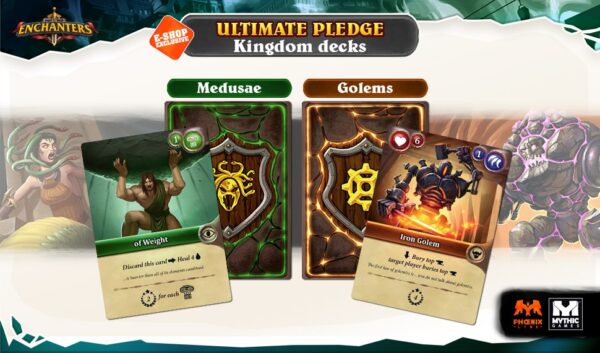 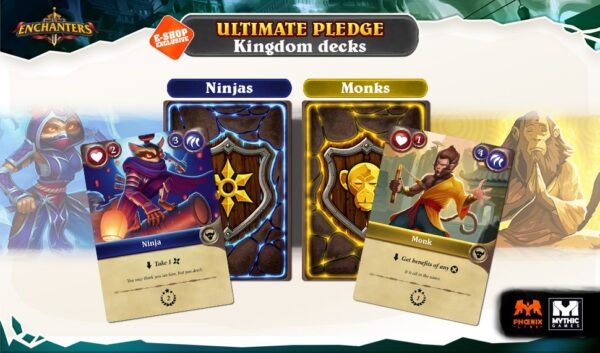 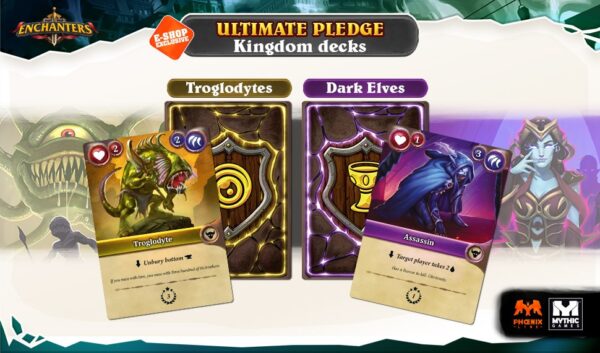 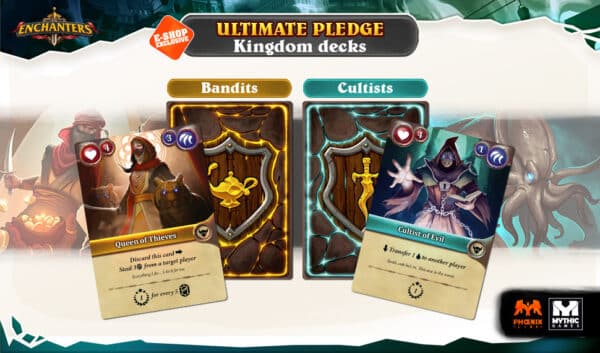 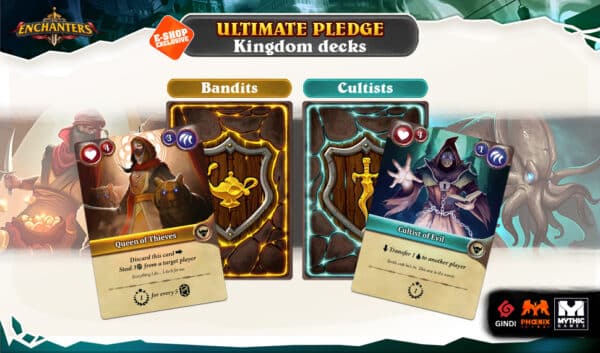 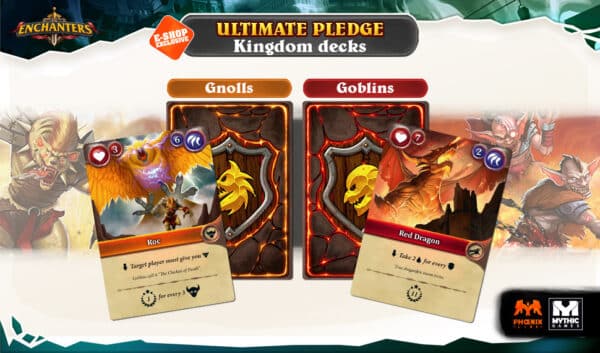 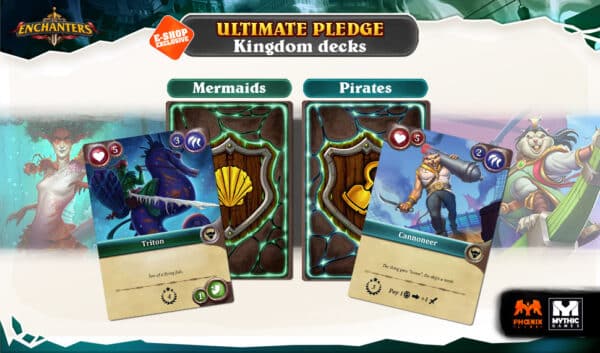 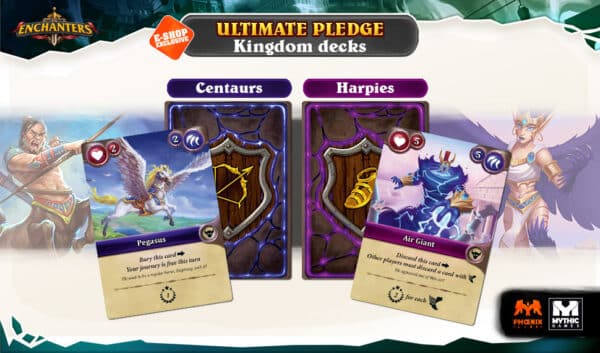 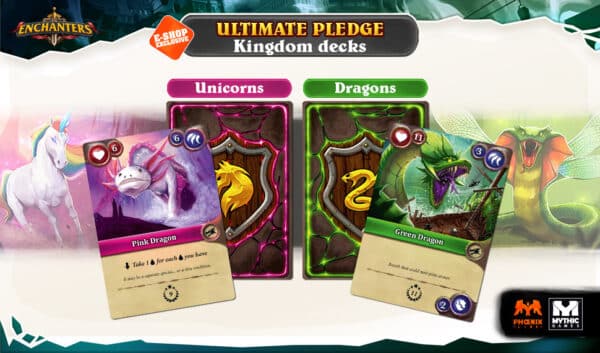 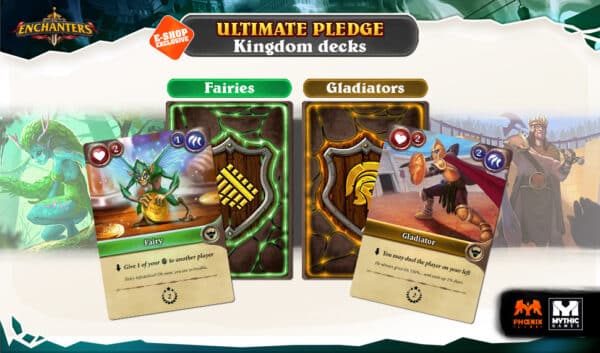 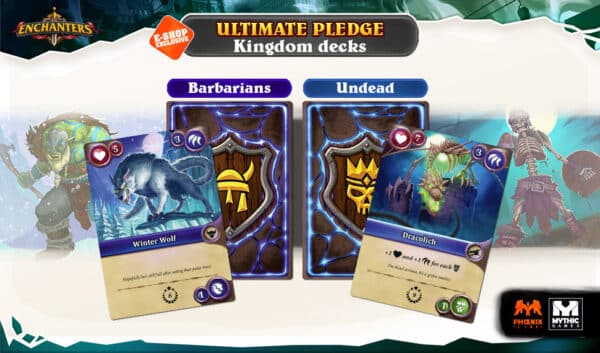 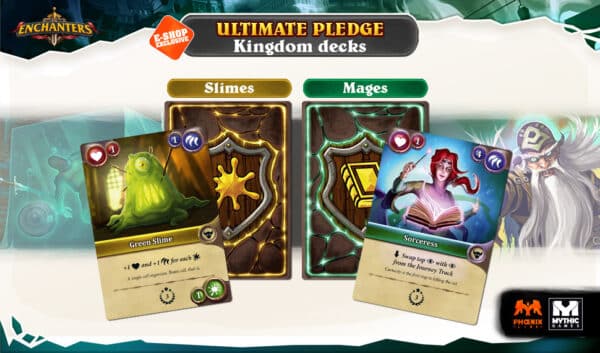 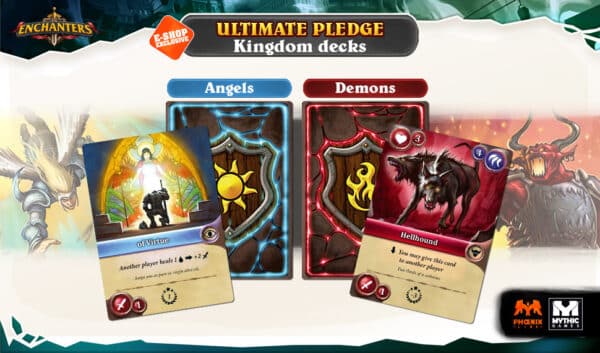 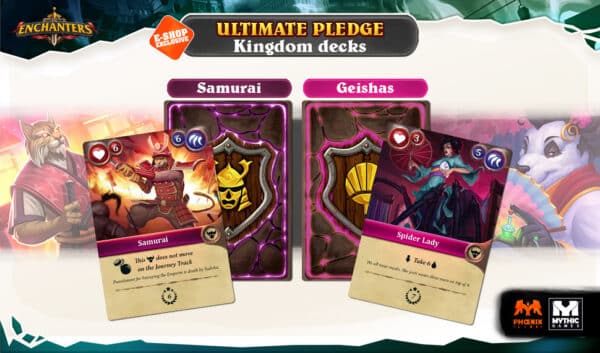 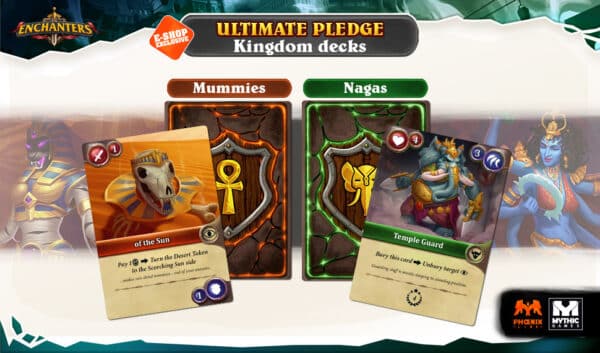 ABOUT THE GAME
Load more

This is the KS version of Enchanters! This product is not available in retail and you can find it exclusively on our e-shop.

Enchanters is all about saving a village from monsters. Shuffle a few Kingdom decks together to create the set of items, enchantments and threats! On your turn, journey to collect a card from these decks, or rest to recover. Stack up equipment and enchantments to become the best battlemage!

In the fantasy card-drafting game Enchanters, you create an artifact and upgrade it each turn. Every card you take retains some of its power. As you grow stronger, you can take on more powerful monsters and, if you plan well, even defeat a dragon.

Included in the Deluxe Box :

Connect with Enchanters on Social Media