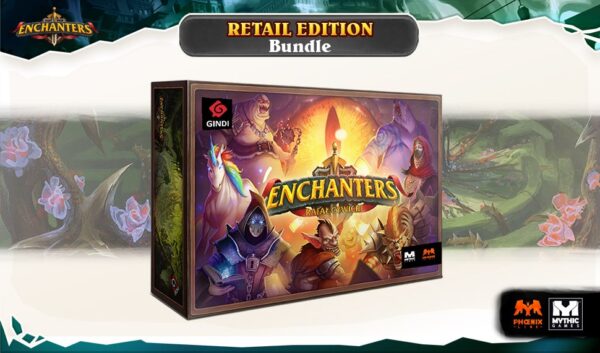 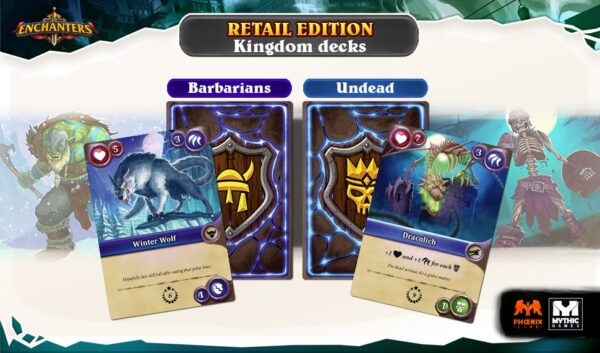 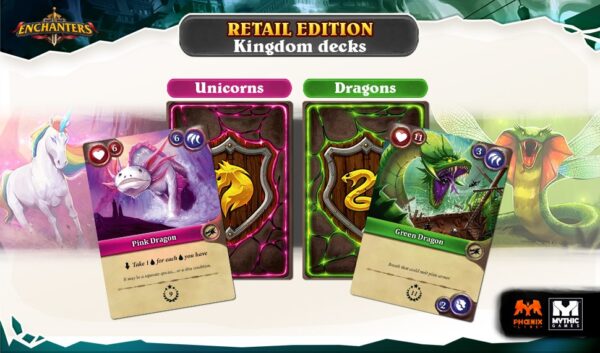 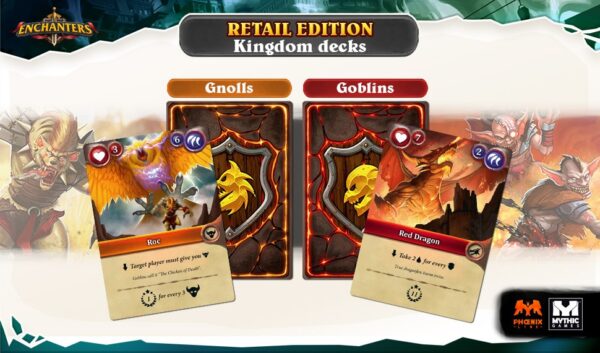 This is the retail version of the game and it is all you need to play Enchanters.

You are Enchanters! Mighty heroes who defend helpless villages with your magic and wits. Equip yourself with items and Enchantments from the Journey Track to fight intimidating monsters and even the deadliest of dragons! Will you collect the most glory points and become the mightiest of battlemages?

Enchanters is all about saving a village from monsters. During the game, each of you will be crafting a powerful Magical Artifact to defeat hordes of attacking monsters. Shuffle a few Kingdom decks together to create the set of items, enchantments and threats! During your turn, journey to collect a card from this deck, or rest to recover. Stack up Items and Enchantments to become the best battlemage!

In the fantasy card-drafting game Enchanters, you create an artifact and upgrade it each turn. Every card you take retains some of its power. As you grow stronger, you can take on more powerful monsters and, if you plan well, you may even defeat a dragon.