Enchanters: As Above, So Below 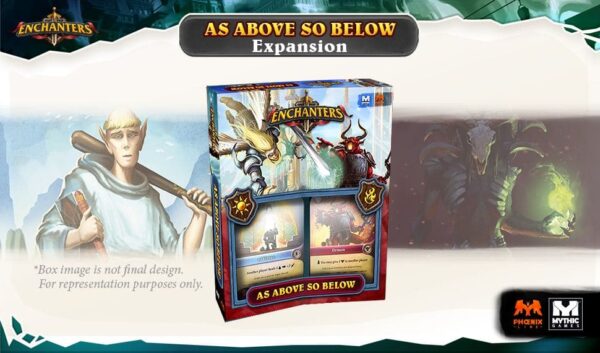 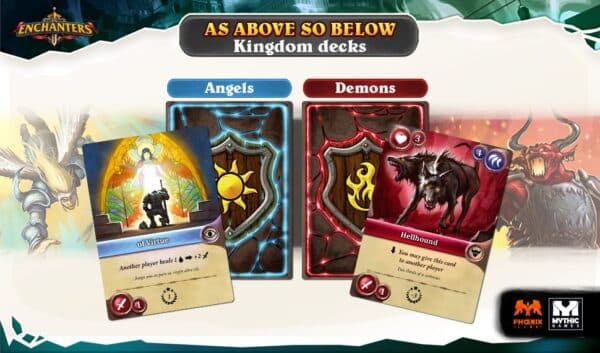 Good and evil are not as simple as one might think. Sure, Angels will heal, for that is their mission… but they may even heal your opponents. Of course they don’t do it out of charity… they are simply worth a lot for it. Demons are haunting, like a clingy idea or a bad memory. Pernicious indeed, but should you vanquish one, you could command it to go to your rivals!

This expansion is the first of the dual kingdom deck expansions to go to retail! add Angels and Demons to your kingdoms! Creatures from above and below now lend you their power!

Angels: Pious clerics, iron-clad paladins, and luminous angels. Good deeds bring great rewards. Heal other players and benefit. The Angels Kingdom Deck is all about healing other players to gain benefits. Your opponents’ Wounds become a currency you can spend to advance your efforts.

Demons: Nobody wants those pesky little demons and their foul magic. That’s why they make the best presents for your opponents. Monstersin the Demon Kingdom Deck give negative points, but thankfully you can send them your opponent’s way. Unless , of course, you have a way to benefit from them!